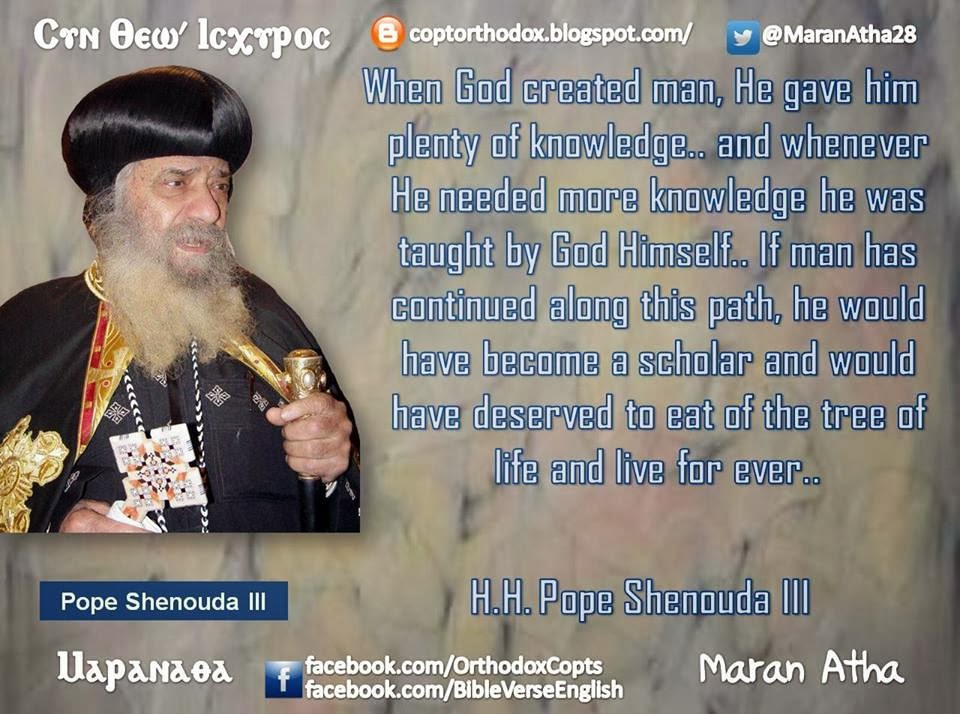 There are some people who did not obtain any education. There are some who were taught by people and those are more ignorant.. But the true educated people are those who are taught directly by God.

When God created man, He gave him plenty of knowledge.. and whenever He needed more knowledge he was taught by God Himself.. If man has continued along this path, he would have become a scholar and would have deserved to eat of the tree of life and live for ever.. But the man accepted to take knowledge from another source than God and so he began to be ignorant.. His first lesson was from the serpent, and it resulted in eating of the tree of the knowledge and thus he became ignorant. Man seeks knowledge away from God and he only gains ignorance upon ignorance..

However, due to the great misery and ignorance of the man, he seeks knowledge not within himself, from the Spirit of God dwelling in him, but seeks it outside, with people, and in the books which he thinks can give him life ... !

Thus, there are many scholars and wise men in these generations while the wisdom of this world is foolishness in the sight of God.. St. Augustine walked along this path for a long time, seeking God outside himself, but when he found God, he sang to Him this everlasting song which says * *, 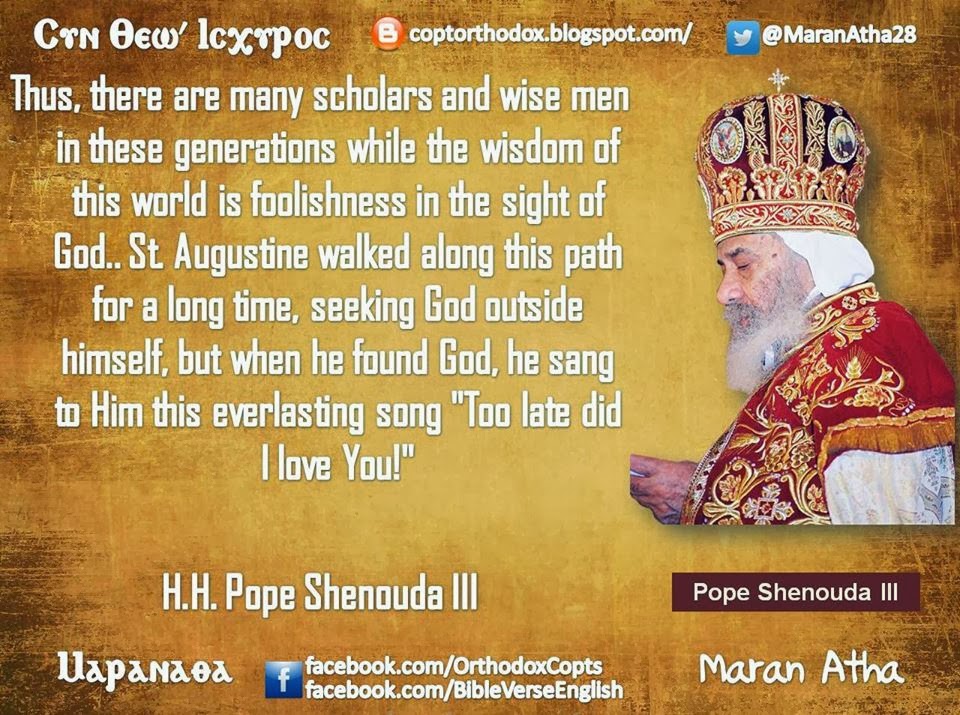 When Augustine found God within him, he became a saint...

You also, my beloved brother, will lose the way if you try to seek God outside yourself .. But sit alone, consider and meditate, go deep into yourself and seek God.. You will find Him there, in your innermost depths. You will see Him face to face and feel Him as a pouring and overflowing fountain of love.. Only then you will be greatly astonished and cry out in silent joy 'I have seen God'

This was the means which our father saints resorted to. They went out of the world leaving behind its crowd, tumult and noise. They left everything and sought God within themselves and they were able to see Him through continuous

Praise and meditation.. On the other hand, the ideologists, philosophers researchers and scientists sought God in the books and with people and could only suffer ignorance, mystery and weariness.

While I mention this I feel pain for them.. and also for some fathers who left the world to the desert but began to seek God in the books or in projects and ministry. In fact God was within their hearts wishing them to leave all these occupations and sit with Him. He wanted to reveal to them secrets which no one else knew and show them what no other eyes have ever seen.,

This applies not only to the monks but to all people.. Do you know, dear brother, what is the proper way for spiritual education? Certainly it is not to teach a person something new, for he possesses everything and the Spirit abiding in him knows much more than what you want to teach him.. But a proper way is to free a person from any wrong knowledge he actually has, ie. from any knowledge he obtained from the world or from people.

A child is born with a great beautiful idea about God within his heart, mind and imagination.. Then society begins to teach this poor child and provide him with ideas about God which differ from what he knows, and present to him certain pictures of God and the saints that limit his open imagination.. Thus the idea of the child about God and holiness is replaced by customary idioms concerning good and evil as known by people. The child takes of the tree of the knowledge of good and evil which Adam and Eve ate from and he becomes ignorant like them.. Here comes the role of the true spiritual guide who must not provide the child with more knowledge but must drive out any false knowledge he had obtained from customs and from the wrong concepts of people regarding religion.. When his spirit is released from all this, he would know God the true knowledge because God is not far from him but dwells in him.