The Wedding of Cana of Galilee 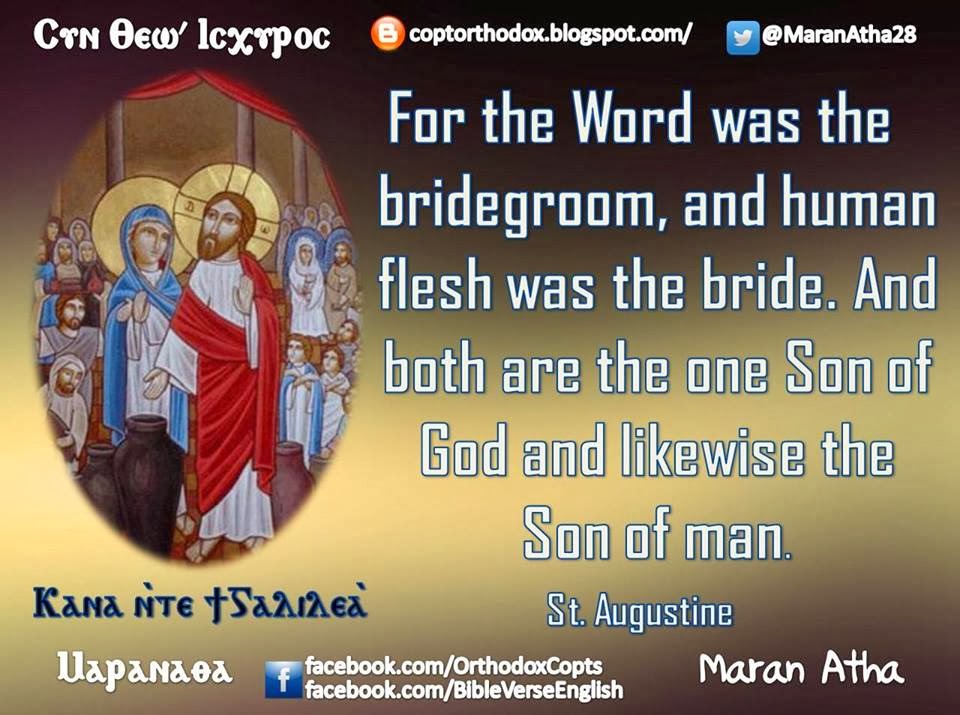 Therefore He has a bride here whom He has redeemed by His blood and to whom He has given the Holy Spirit as a pledge. He took her from enslavement to the devil, He died for her sins.  He arose again for her justification.

Who will offer such great things to His bride? Men may  offer some trinkets or other things from the earth such as gold, silver, precious stones, horses, slaves, farms or estates. Will anyone offer His blood? For if He gives His blood to His bride, He will not be alive to take her as His wife.

But the Lord, dying free of anxiety, gave His blood for her in order that when He arose, He might have her whom He had already joined to Himself in the womb of the Virgin.

For the Word was the bridegroom, and human flesh was the bride. And both are the one Son of God and likewise the Son of man. That womb of the Virgin Mary where He became the head of the church was His bridal chamber.