ON BEING BORN OF WATER AND THE SPIRIT 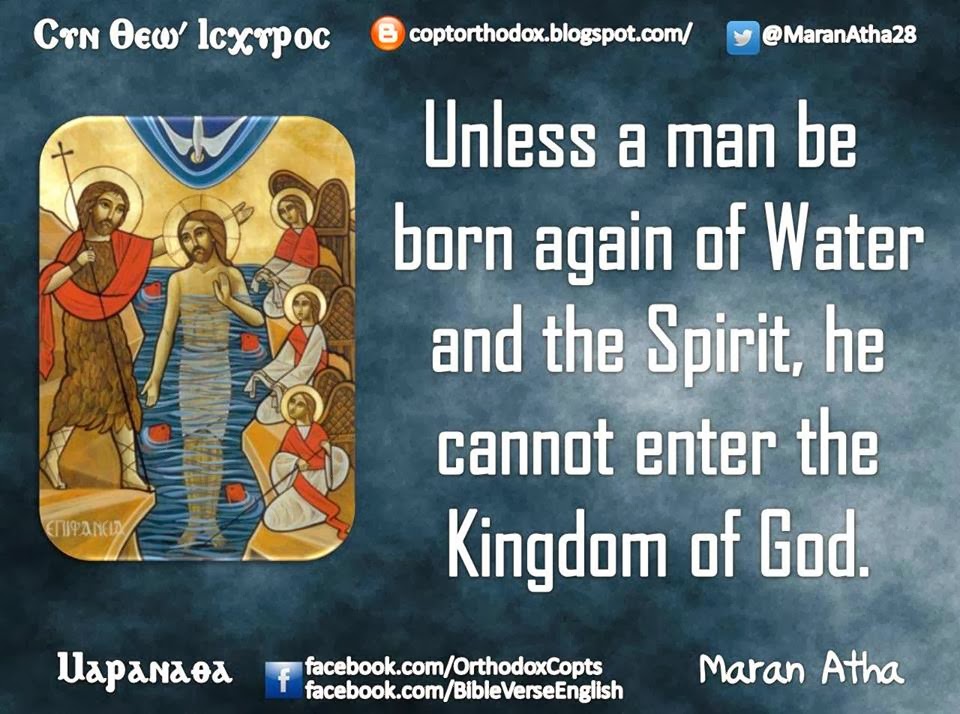 What, indeed, did He say? 'Amen, I say to thee, unless a man be born again of water and the Spirit, he cannot enter the kingdom of God.'  By these words He meant something like the following: 'You say that this is impossible, but I affirm that it is quite possible, so much so that it is even necessary and one cannot be saved without it.'

Now, God has made things that are necessary very easy for us. Earthly birth-that according to the flesh-is of the earth; therefore, heavenly things have been walled off from it. What has that which belongs to earth in common with heaven? But the birth which is of the Spirit easily opens for us the vaults above.

Hear ye, as many of you as are outside the Light; shudder, groan. Fearful is the threat, fearful the sentence, 'It is not possible,' He asserted, 'for him who has not been born of water and the Spirit to enter into the kingdom of heaven, because he bears the garment of death, of the curse, of destruction.' He has not yet received the Master's stamp; he is a stranger and a foreigner, he does not possess the King's watch-word. 'Unless a man,' He said, 'be born again of water and the Spirit, he cannot enter into the kingdom of heaven.'……

'I mean another kind of birth, Nicodemus,' He said in effect. 'Why do you drag the meaning down to earth? Why do you subject the thing to the force of nature? This bringing forth is superior to such pangs and has nothing in common with you. This is truly called birth, but shares in the name only; it is different in reality.

Do not think of the usual kind of intercourse; I am introducing another kind of childbirth into the world; I desire that men be born in another way; I have come to bring a new method of procreation.

I did fashion (man) of earth and water; that which was fashioned did not become useful but the vessel was perverted. I no longer wish to fashion him of earth and water, but of water and the Spirit.'
From the writings of St. John Chrysostom