The Assumption Of the Blessed Virgin Mary 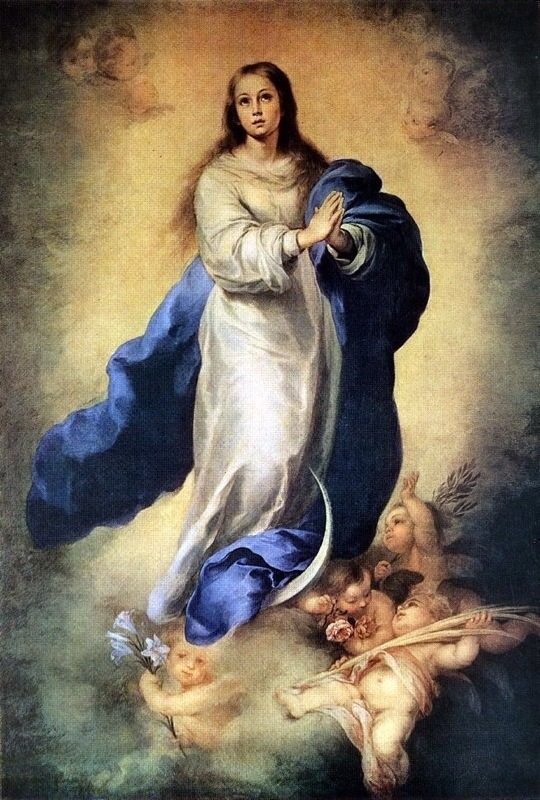 On this day, was the assumption of the body of our pure Lady St. Mary, the Mother of God. While she was keeping vigil, praying in the Holy Sepulcher, and waiting for the happy minute of her liberation from the bonds of the flesh, the Holy Spirit informed her of her forthcoming departure from this vain world. When the time drew near, the disciples and the virgins of the Mt. of Olives (Zeiton) came and the Lady was lying on her bed. Our Lord, surrounded by thousands and thousands of angels, came to Her. He consoled her, and announced her with the everlasting joy which was prepared for Her. She was happy, and she stretched out her hands, blessed the Disciples, and the Virgins. Then, she delivered up her pure soul in the hand of her Son and God, Jesus Christ, Who ascended her to the higher habitations. As of the pure body, they shrouded it and carried it to Gethsemane.

On their way, some of the Jews blocked the way in the face of the disciples to prevent the burial. One of them seized the coffin. His hands were separated from his body, and remained hanging until he believed and repented for his mischievous deed. With the prayers of the holy disciples, his hands were reattached to his body as they had been before.

St. Thomas was absent at the time of St. Mary's departure, but he came after the burial. On his way back to Jerusalem, St. Thomas saw angels carrying St. Mary's pure body and ascending with it to heaven, and one of the angels said to him, "Hurry and kiss the pure body of St. Mary." When he arrived to the disciples, they informed him about St. Mary's departure. He told them, "I will not believe, unless I see her body, as you all know how I did doubt the Resurrection of our Lord Jesus Christ before." They took him to the tomb, to uncover the body but they did not find it, and they were perplexed and amazed. St. Thomas told them how he saw the pure body ascending to heaven, carried by angels.

The Holy Spirit then told them, "The Lord did not Will to leave Her Holy body on earth." The Lord had promised his pure apostles that they would see her in flesh another time. They were waiting for the fulfillment of this truthful promise, until the sixteenth day of the month of Misra, when the promise of seeing her was fulfilled. They saw her sitting on the right hand of her Son and her Lord, surrounded by the angelic Host, as David prophesied and said, "At your right hand stands the queen." (Psalm 45:9) St. Mary's life on earth was sixty years. She spent twelve years of them in the temple, thirty years in the house of the righteous St. Joseph, and fourteen years in the care of St. John the Evangelist, as the Lord commanded her saying, "Woman behold your Son," and to St. John, "Behold your Mother."

May Her intercession be with us. Amen.