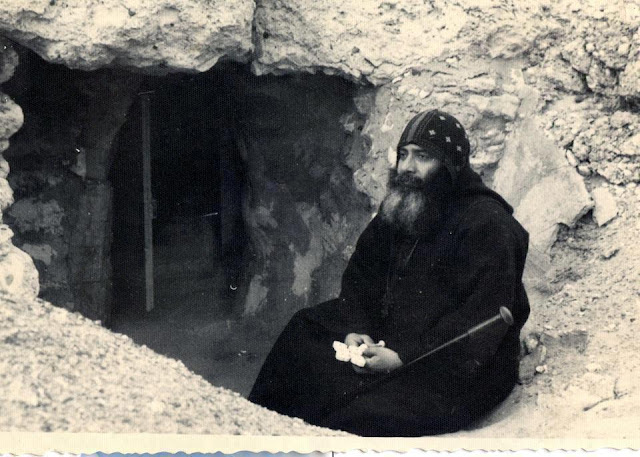 If you are still concerned about how people may judge you trying by any means to make them have a better idea about you, it will be difficult for you to attain the eminence of the release of the spirit..

Sometimes, people do not praise you or they praise others more.. In such a case, instead of being pleased and rejoicing because the devil of vain glory is unaware of you even for some time.., I see you seeking to trouble yourself.. You beg the praise of people in such a way that does not fit your dignity as a son of God.. by proceeding to talk about yourself..
Would you, dear brother, let me discuss the matter with you with the same frankness we used before?

1. Why do you talk to others about yourself ? Do you want them to admire you? Then tell me frankly, 'Do you, in your heart, admire yourself No doubt, there are many defects in you which you are in fact bothered about.. Why then do you want them to glorify a personality which you yourself are not convinced that it deserves to be glorified?'

2. If we do approve the principle of talking about oneself.. let me ask you, 'Do you give a true picture of yourself ? Or do you mention only the bright points and leave the shameful and vile points which would make them hate you? My friend, do you not know that half the facts are not all facts? Does not your talk about yourself include then some deceit and lies? Do you not present only one side of a picture which has its defects.. those defects which you know well and your spiritual father also knows?

3. No doubt, you know also that talking about your 'virtues' would deprive you of the reward.. And certainly you have read the Sermon on the Mount and saw what the Lord said, ".. do not let your left hand know what your right hand is doing" and, ".. your Father who sees in secret will Himself reward you openly" (Matt. 6:3,4). I feel pity for you, my beloved brother because you strive much for a certain virtue and in a moment of rashness, in which the cursed self-righteousness prevails, the devil comes and robs you of all your striving.. And behold, all your labour is wasted in vain...

When I see you talking about yourself, I imagine you as a person who planted some plant and when God gave the fruit you set fire to it instead of reaping the fruit and rejoicing.. or you let the devil reap it for you!

My dear friend, whenever you feel a desire to talk about yourself, listen to the divine words singing in your ears, "Assuredly, I say to you, they have their reward".  (Matt. 6:2)

4. Another harm results from talking about yourself which is obvious in the following story: Once, on a certain occasion I was talking with enthusiasm and admiration about a blessed person whom I love and esteem.. But one of my spiritual fathers said to me, 'Please do not proceed in this talk, because by this you gather the devils around him to fight him.. Leave him to labour calmly, for he is still a beginner and needs many prayers'. Thereupon I stopped talking, feeling that I did something wrong against such a person..

The devils cannot bear to hear about a person doing something good. So, if God does something great through you, let it be in secret between you and God. Do not talk about it lest the devils should envy and fight you; in which case you will not only lose your reward, but will also be subject to a hard war the results of which are unknown..

5. Those were some of the harmful results that befall a person who talks about himself..  But can you tell me of one advantage on the other hand that may be gained from praising yourself ? Of course the sinful feeling which a person feels when he sees the admiration of others for him is not an advantage.. It is in fact a sin which needs to be cured!! But there is a real advantage which I draw your attention to, ie. If the desire to talk about yourself presses hard on you and you are unable to resist it, then tell the others about your weakness and your shortcomings.. Tell them about your falling in sins and how you would have been like the people of Sodom had it not been for God's help.. Ask them insistently to pray for you that God may have mercy upon you..

6. Another word I want to tell you frankly though I hesitated long before whispering it in your ear is that people feel disgusted of anyone who talks much about himself .. They even call him the boastful or self-conceited.. Thus such a person shall gain neither heavens nor earth..

7. Lastly, I want you to remember that the works which fight you with self-righteousness are not all due to your efforts.. There are the surrounding circumstances which help you to perform such works, the role played by others in this concern and the abilities given you by God..
No doubt you would be exaggerating if you ascribe to yourself all this forgetting God's work through you..
I am afraid I have annoyed you, my beloved brother, with my frankness? Forgive me then this weakness and pray for me.