2 - HUMILITY: THE SECRET OF REDEMPTION 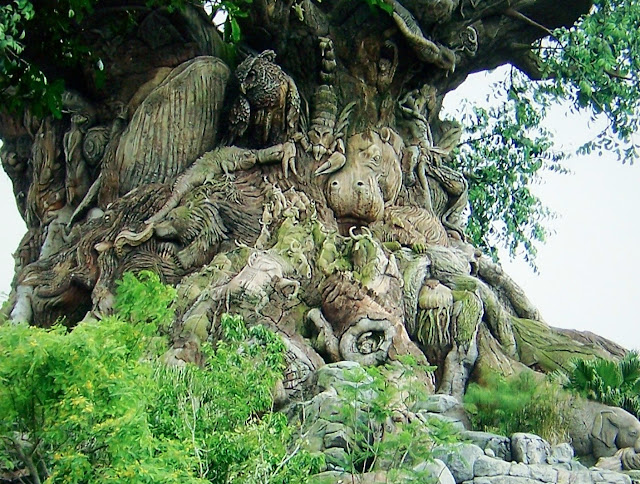 2 - HUMILITY:
THE SECRET OF REDEMPTION

"Let this mind be in you which was also in Christ Jesus, who… made Himself of no reputation, taking the form of a bondservant, and took upon him he form of a servant ….. He humbled Himself and became obedient unto death, even the death of the cross.  Wherefore God also hath highly exalted Him."
Philippians 2:5-9

No tree can grow except on the root from which it sprang. Through all its existence it can only live with the life that was in the seed that gave it being. The full apprehension of this truth in its application to the first and the Second Adam cannot but help us greatly to understand both the need and the nature of the redemption there is in Jesus.

The Need for Redemption

When the old Serpent, he who had been cast out from heaven for his pride, whose whole nature as devil was pride, spoke his words of temptation into the ear of Eve, these words carried with them the very poison of hell. And when she listened, and yielded her desire and her will to the prospect of being as God, knowing good and evil, the poison entered into her soul and blood and life, destroying forever that blessed humility and dependence upon God which would have been our everlasting happiness. And instead of this, her life and the life of the race that sprang from her became corrupted to its very root with that most terrible of all sins and all curses, the poison of Satan's own pride. All the wretchedness of which this world has been the scene, all its wars and bloodshed among the nations, all its selfishness and suffering, all its ambitions and jealousies, all its broken hearts and embittered lives, with all its daily unhappiness, have their origin in what this cursed, hellish pride, either our own, or that of others, has brought us. It is pride that made redemption needful; it is from our pride we need above everything to be redeemed. And our insight into the need of redemption will largely depend upon our knowledge of the terrible nature of the power that has entered our being.

No tree can grow except on the root from which it sprang. The power that Satan brought from hell, and cast into man's life, is working daily, hourly, with mighty power throughout the world. Men suffer from it; they fear and fight and flee it; and yet they know not whence it comes, whence it has its terrible supremacy. No wonder they do not know where or how it is to be overcome. Pride has its root and strength in a terrible spiritual power, outside of us as well as within us; as needful as it is that we confess and deplore it as our very own, is to know it in its Satanic origin. If this leads us to utter despair of ever conquering or casting it out, it will lead us all the sooner to that supernatural power in which alone our deliverance is to be found - the redemption of the Lamb of God. The hopeless struggle against the workings of self and pride within us may indeed become still more hopeless as we think of the power of darkness behind it all; the utter despair will fit us the better for realizing and accepting a power and a life outside of ourselves too, even the humility of heaven as brought down and brought nigh by the Lamb of God, to cast out Satan and his pride.

No tree can grow except on the root from which it sprang. Even as we need to look to the first Adam and his fall to know the power of the sin within us, we need to know well the Second Adam and His power to give within us a life of humility as real and abiding and overmastering as has been that of pride. We have our life from and in Christ, as truly, yea more truly, than from and in Adam. We are to walk "rooted in Him," "holding fast the Head from whom the whole body increaseth with the increase of God." The life of God which in the incarnation entered human nature, is the root in which we are to stand and grow; it is the same almighty power that worked there, and thence onward to the resurrection, which works daily in us. Our one need is to study and know and trust the life that has been revealed in Christ as the life that is now ours, and waits for our consent to gain possession and mastery of our whole being.

In this view it is of inconceivable importance that we should have right thoughts of what Christ is, of what really constitutes Him the Christ, and specially of what may be counted His chief characteristic, the root and essence of all His character as our Redeemer.There can be but one answer: it is His humility. What is the incarnation but His heavenly humility, His emptying Himself and becoming man? What is His life on earth but humility; His taking the form of a servant? And what is His atonement but humility? "He humbled Himself and became obedient unto death." And what is His ascension and His glory, but humility exalted to the throne and crowned with glory? "He humbled Himself, therefore God highly exalted Him." In heaven, where He was with the Father, in His birth, in His life, in His death, in His sitting on the throne, it is all, it is nothing but humility. Christ is the humility of God embodied in human nature; the Eternal Love humbling itself, clothing itself in the garb of meekness and gentleness, to win and serve and save us. As the love and condescension of God makes Him the benefactor and helper and servant of all, so Jesus of necessity was the Incarnate Humility. And so He is still in the midst of the throne, the meek and lowly Lamb of God.

If this be the root of the tree, its nature must be seen in every branch and leaf and fruit. If humility be the first, the all-including grace of the life of Jesus,- if humility be the secret of His atonement,-then the health and strength of our spiritual life will entirely depend upon our putting this grace first too, and making humility the chief thing we admire in Him, the chief thing we ask of Him, the one thing for. which we sacrifice all else. 1-See Note "B" end of chapter.

Is it any wonder that the Christian life is so often feeble and fruitless, when the very root of the Christ life is neglected, is unknown? Is it any wonder that the joy of salvation is so little felt, when that in which Christ found it and brings it, is so little sought? Until a humility which will rest in nothing less than the end and death of self; which gives up all the honor of men as Jesus did, to seek the honor that comes from God alone; which absolutely makes and counts itself nothing, that God may be all, that the Lord alone may be exalted,-until such a humility be what we seek in Christ above our chief joy, and welcome at any price, there is very little hope of a religion that will conquer the world.

I cannot too earnestly plead with my reader, if possibly his attention has never yet been specially directed to the want there is of humility within him or around him, to pause and ask whether he sees much of the spirit of the meek and lowly Lamb of God in those who are called by His name. Let him consider how all want of love, all indifference to the needs, the feelings, the weakness of others; all sharp and hasty judgments and utterances, so often excused under the plea of being outright and honest; all manifestations of temper and touchiness and irritation; all feelings of bitterness and estrangement,have their root in nothing but pride, that ever seeks itself, and his eyes will be opened to see how a dark, shall I not say a devilish pride, creeps in almost everywhere, the assemblies of the saints not excepted. Let him begin to ask what would be the effect, if in himself and around him, if towards fellow-saints and the world, believers were really permanently guided by the humility of Jesus; and let him say if the cry of our whole heart, night and day, ought not to be, Oh for the humility of Jesus in myself and all around me! Let him honestly fix his heart on his own lack of the humility which has been revealed in the likeness of Christ's life, and in the whole character of His redemption, and he will begin to feel as if he had never yet really known what Christ and His salvation is.

Believer! study the humility of Jesus. This is the secret, the hidden root of thy redemption. Sink down into it deeper day by day. Believe with thy whole heart that this Christ, whom God has given thee, even as His divine humility wrought the work for thee, will enter in to dwell and work within thee too, and make thee what the Father would have thee be.

Note B.-
"We need to know two things:
1. That our salvation consists wholly in being saved from ourselves, or that which we are by nature;
2. That in the whole nature of things nothing could be this salvation or savior to us but such a humility of God as is beyond all expression.

Hence the first unalterable term of the Savior to fallen man: Except a man denies himself, he cannot be My disciple. Self is the whole evil of fallen nature; self-denial is our capacity of being saved; humility is our savior ... Self is the root, the branches, the tree, of all the evil of our fallen state. All the evils of fallen angels and men have their birth in the pride of self. On the other hand, all the virtues of the heavenly life are the virtues of humility. It is humility alone that makes the unpassable gulf between heaven and hell. What is then, or in what lies, the great struggle for eternal life? It all lies in the strife between pride and humility: pride and humility are the two master powers, the two kingdoms in strife for the eternal possession of man. There never was, nor ever will be, but one humility, and that is the one humility of Christ. Pride and self have the all of man, till man has his all from Christ. He therefore only fights the good fight whose strife is that the self-idolatrous nature which he hath from Adam may be brought to death by the supernatural humility of Christ brought to life in him."
Humility - Andrew Murray