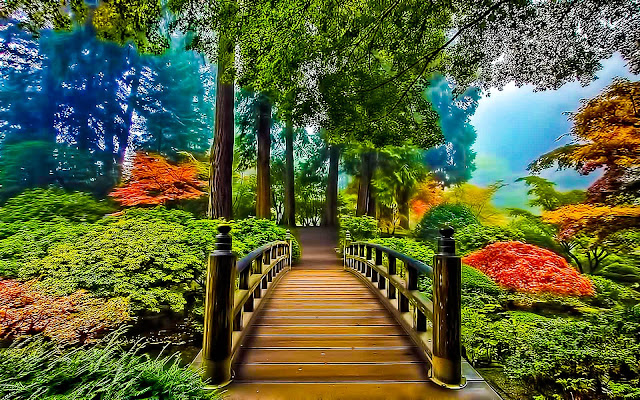 A man died and St. Peter asked him if he would like to go to heaven or hell. The man asked if he could see both before deciding.

St. Peter took him to hell first and the man saw a big hall with a long table, lots of food on it and music playing. He also saw rows of people with pale, sad faces. They looked starved and there was no laughter. And he observed one more thing. Their hands were tied to four-foot forks and knives and they were trying to get the food from the center of the table to put into their mouths. But they couldn’t.

Then, he went to see heaven. There he saw a big hall with a long table, with lots of food on the table and music playing. He noticed rows of people on both sides of the table with their hands tied to four-foot forks and knives also.

But he observed there was something different here. People were laughing and were well-fed and healthy-looking. He noticed that they were feeding one another across the table.

The result was happiness, prosperity, enjoyment, and gratification because they were not thinking of themselves alone. The same is true of our lives.

Email ThisBlogThis!Share to TwitterShare to FacebookShare to Pinterest
Labels: Enjoyment, Gratification, Gratitude, Happiness, Help, Love Others, Prosperity, Serve Others, Think of Others