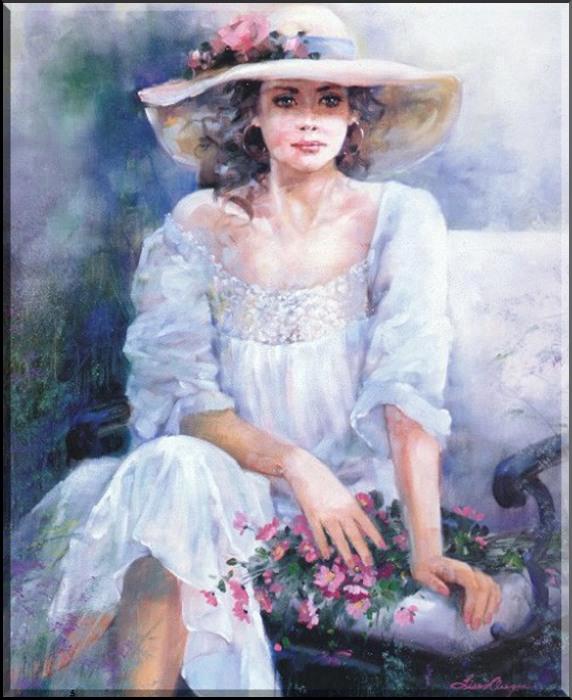 A few years ago on a late Spring day a soft wind was blowing through the trees in the park. I went there that day not expecting anything more than just a few moments of solitude. Oh, there were a few people there doing various things and the usual scurrying of the resident squirrels; but overall, it was fairly quiet. I was a little surprised with myself. I didn't usually go to the park alone, but I felt no apprehension going and being there alone that day. I had spent all morning at work and for some reason, I'm not certain of, I decided to take the afternoon off to go to the park.

As I sat there at the picnic table, I watched two squirrels playing on a nearby tree. I wondered what it would be like to live such a seemingly, carefree life as they. Those two squirrels appeared to belong together, a bond was there, they belonged with each other. Oh how I wished I had that sense of belonging in my life. As a child, and into adulthood, I didn't feel like I was where I was suppose to be. The parent-child bond was there for me; but, I had always felt like there was something missing in my life. I took a deep breath, slowly exhaling, and watched the two squirrels run off to play elsewhere.

I was so immersed in my thoughts and feelings that I did not hear my visitor approach my table.

"Excuse me Miss, could I sit here with you?" asked the elderly man, his voice barely above a whisper. Oddly, I wasn't surprised that he approached me and had no problem with granting his request. I smiled and motioned for him to be seated.

He sat across from me, his hands clasped in front of him, resting on the table, he had such a calm expression on his face. I saw a familiarity in that old man's eyes but I couldn't place him, and was certain I had never seen or met him before. It seems like we sat there for the longest time, each looking at the other with a slight smile and an aura of peace about us. Across from me sat a stranger, but not a stranger, or so it seemed.

He broke the silence by saying to me, "We all belong even when we don't feel like we do. We all have a place to go."

I was taken back by his words and said, "I'm sorry, I don't understand what you are trying to say."

"Even as a child, you've felt that way." He replied and explained to me.

I was stunned and could not speak, but still felt no apprehension due to his words or his presence. He extended his hand, so warm and soft, and gently laid it upon my clasped hands. He squeezed my hands with that hand and said, "He wants you to come home."

And with that, he slowly rose to his feet and left. I sat there for hours, stunned. I thought about what he had said the rest of the day, and for days thereafter, but eventually I filed his words away. I never truly listened to the words of that stranger; at least, not until the day of my father's funeral four years later.

Daddy was raised Catholic, as were my siblings, and I was baptized Catholic as a newborn. It seemed only natural to have a priest at his funeral. As I sat before daddy's coffin I saw the priest; but, did not hear his voice or words spoken. Although the priest and the stranger in the park were not the same man, I heard that whisper of a voice of the stranger and remembered his calm expression and the gentleness in his eyes. Those words spoken to me four years prior I heard once again.

This time I 'listened' to the words, to the message that stranger delivered to me that day in the park.

"He wants you to come home."

About a month or so after daddy's funeral, I inquired and signed for a program at the parish where I was baptized as a newborn. I had made it to the place where I belonged, in God's loving embrace.

I realized there's a difference between 'hearing' and 'listening'...finally... I 'listened' to the message from the stranger...and now... I'm home.