1- THE RELEASE FROM THE KNOWLEDGE OF SIN - By H.H. Pope Shenouda III 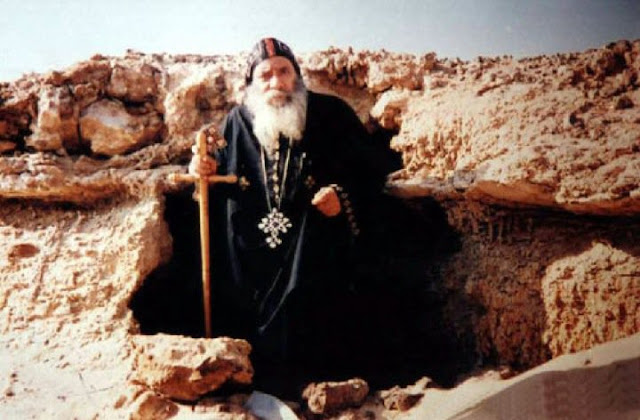 1- THE RELEASE FROM THE KNOWLEDGE OF SIN By H.H. Pope Shenouda III

The following is a collection of articles entitled, "The Release of the Spirit" written by H.H. Pope Shenouda III for the Sunday School Magazine from the year 1951 before starting his monastic life.

1- THE RELEASE FROM THE KNOWLEDGE OF SIN

If we start to talk about the release of the spirit we shall be faced with the following question :

What is to be released from the spirit ?

The answer is that the spirit, while on earth, strives to be released from many things which this book will tell you about..

However, there is something else on earth which I think the spirit cannot be released from however it tries! .. To be released of this thing is a joy only to be attained in the eternity.. But what is this thing?

It is the release from the knowledge of sin:

When God created man, He created him simple, pure, no knowledge of sin at all and not even the details or the names of sin.. That was before he ate from the tree of the knowledge of good and evil.. He was as innocent as a child and perhaps more.

Therefore, when Eve was tempted by the serpent she had no knowledge.

Adam and Eve knew nothing but good. They did not know evil. But when they ate of the tree they began to know it..

A new knowledge entered the life of the man ie. the knowledge of sin..

This and other knowledge as well disturbed the natural purity of mankind. This proves true the words of the Wise Solomon, "..he who increases knowledge increases sorrow" (Eccl. 1:18)

Perhaps the first thing which Adam knew was being a man and Eve a woman... Sexual knowledge began to penetrate his mind, then his feelings.. He recognised that sex is something shameful and so he began to cover himself.. Then he knew fear and tried to hide himself behind the trees..

As the time passed, man knew many sins..

Such knowledge was implanted in his mind and waged spiritual wars against him from time to time. Even when he did not fall in such sins, he condemned the others for them.. He now lives in the dualism of good and evil', things permitted and others forbidden..

I wonder when will he get rid of this dualism? When will he restore the purity of his mind? When will the knowledge of evil quit his mind whatever its source was, through the mind itself or through experiencing and practising it.? When will man get rid of 'the memory of the evil that entails death'?

I do not think that this may take place on earth at all but in eternity as St. Paul the Apostle-being already poured out and the time of his departure at hand-said to his disciple St. Timothy, "Finally, there is laid up for me the crown of righteousness.." (2 Tim. 4:8)

This crown of righteousness is the desire which the spirit longs to attain..

While on earth, we sin everyday and everyday we need to repent. There is no person without sin even though if his life on the earth is one day only..

Only then we shall restore our previous rank.

If we shall be in a better state than that of the first man before the fall. Then, at least, we shall be like him in innocence, purity, simplicity and knowing no sin..

We shall forget sin with all its forms, details and memories.

There will be nothing in our minds except the active spiritual life, God's love, contemplating on the heavenly matters which no eyes have even seen nor ears have ever heard nor have occurred to the heart of man..

Then it can be said that the spirit is completely released..

As for the spirit while one earth, the utmost thing it can attain is to be released from the domination of sin, material and flesh.. In this case it can live freely "..delivered ,from the bondage of corruption into the glorious liberty of the children of God." (Rom. 8:21)

Do you feel that your spirit has attained this liberty?

This liberty is the release of the spirit - its release from any bandage which may hinder its way to God.. But how can this be achieved?

At this point I shall leave you with the meditations which I wrote most of in the early fifties before starting my monastic life..


The Release of The Spirit By H.H. Pope Shenouda III