2- THE RELEASE UNTO THE KNOWLEDGE OF GOD - By H.H. Pope Shenouda III 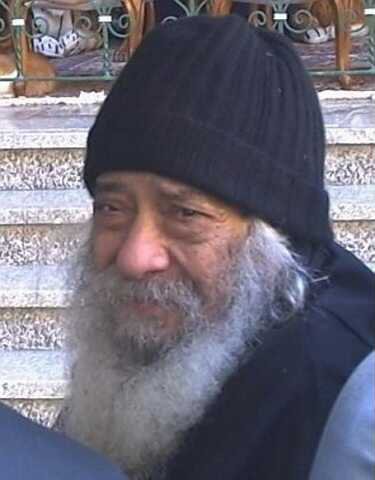 2- THE RELEASE UNTO THE KNOWLEDGE OF GOD  By H.H. Pope Shenouda III

2 - THE RELEASE UNTO THE KNOWLEDGE OF GOD

I confess before You, O Lord, that I ought to have changed my trend of writing. I confess-in shame-that I often talked to people about virtue but little did I talk to them about You, though You are all in all...

However, to be able to talk about You, I have to know You.. But how can I attain to this knowledge, being a limited man, and You the unlimited God! And further how can I know You, while You are incomprehensible and inconceivable; You are the light that cannot be approached and no human being can see You and remain alive!..

I tried to ask about You from Your holy people who knew You well or partly. just as St. Paul the Apostle who ascended to the third heaven but he said that he, ".. heard inexpressible words, which it is not lawful for a man to utter."  (2 Cor. 12:4)

St. John the Beloved also saw an open door in heaven and saw the throne of God but he described the revelation just in symbols which did not give the full real picture...

Sometimes I ask myself, 'Is it a kind of pride that I try to know You though I know not my own self and I ignore many human and material matters? Since I do not know my real self, how can I know the Creator of this self?

I still do not know Your heavens and Your angels, how can I know Your Godhead then?

I only know what You reveal to us.. and You only reveal what we can endure. If You do reveal to us more, our human nature will be struck with astonishment, and our minds will be unable to understand. No terms will be sufficient to express what is revealed and we have to confess that whatever we see cannot be put into words..

In my attempt to know You, I try to go beyond books with whatever deep knowledge they contain, and even beyond mental knowledge. This allows the spirit-being released-to have a wider scope which surpasses the limits of the mind... However, the human spirit is limited.. in its capacities, in its talents and in its knowledge.. Besides, it suffers much due to the thickness of the human material body..

O Lord, how would I know You then in the eternal kingdom! "Face to face" as St. Paul says! I stand bewildered before these words.

In Your kingdom, in spite of the glorious resurrection and the spiritual enlightened bodies, we will certainly remain as we are - limited human beings.


There, You will reveal to us something more about Your Godhead which we know not while we are in this present world, and so we shall rejoice and become happy. Then, You will reveal to us more and more, gradually, as far as we can endure. Perhaps if You reveal much more, our souls would cry out-in deep love- 'that is enough ‘You will make our hearts and souls greater and wider so as they can take more of You into them... While You remain, O Lord, as You are... unlimited... we remain as we are, limited and knowing little about You .

Along the times which have no end in eternity, we shall enjoy knowing You, we shall taste and see how good You are. We shall know more about You every now and then and so we shall be nourished with this pleasant satisfying knowledge but never shall we comprehend You.

Then, when shall we know You the true knowledge?
Our Lord Jesus Christ says, "And this is eternal life, that
they may know You, the only true God... " (John. 17:3)
Thus, to know You is not a matter which needs years and
days but it will take the whole eternal life which has no end.

If this is the case concerning eternity, what can we say about our ignorance while we are on earth? Do we really have any knowledge ?

So, I entreat You, Great Creator, to forgive me because I talk to people about virtue more than I tell them about You..
This is due to two reasons:

- The first is that I haven't the knowledge or capacity - all that I know is that I pray to You in order to reveal to me some- thing about You. Whatever You reveal to me I disclose to people so that they may taste the kingdom of Heavens while being on earth.

We cannot know by ourselves.. but we want-through Your grace- to prepare ourselves to know You.. This knowledge comes from You.. through what You reveal to us, not through any mental or even spiritual effort on our behalf. Any striving of our minds and souls, though necessary, is just a kind of prayer or supplication. Such striving is a means through which the cloud may fill the House, and the fire burn in the bush and so God may reveal Himself and every heart would give worship in awe and sing thankfully saying ‘You gave me the gift of knowing You'

This divine knowledge is the precious pearl which made the merchant sell all that he had to buy it.

Such things which the merchant sold represent the various human branches of knowledge which take up all our time and give us no chance to know You. They hinder us from sitting at Your feet with Mary (the sister of Martha and Lazarus) to receive the living water which You pour in our hearts and which whoever drinks of, will never thirst.

I wish that we would seek such knowledge, with all our hearts. Then we shall find it within us, deep in our hearts, where You dwell and where Your holy temple lies that which You consecrated with the Holy Chrism.