The Return of The Relics of The Great St.Mark The Apostle 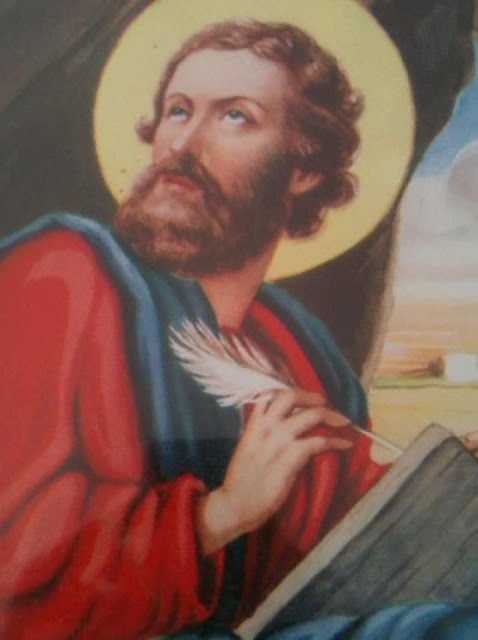 The Return of The Relics of The Great St.Mark The Apostle
To The New St.Mark Cathedral


On this day, of the year 1684 A.M., that coincided with the Monday 24th of June, 1968 A.D., and in the tenth year of the papacy of Pope Kyrillos the Sixth, 116th Pope of Alexandria, the relics of the great saint, the beholder of God, St. Mark the Apostle, the Evangelist of the Egyptian land and the first Patriarch of Alexandria, were returned to Egypt. Pope Kyrillos had delegated an official delegation to travel to Rome to receive the relics of St. Mark the Apostle from Pope Paul VI.

The papal delegation consisted of ten Metropolitans and Bishops, seven of them were Coptic and three Ethiopians, and three of the prominent Coptic lay leaders. The Alexandrian delegation received the relics of St. Mark the Apostle on Saturday the 22nd of June, 1968 A.D. from Pope Paul VI. The moment of handing over the holy relics, after eleven centuries, during which the body of St. Mark was kept in the city of Venice, in Italy, was a solemn and joyful moment.

The next day, Sunday 16th of Baounah (June 23rd), the Alexandrian Papal delegation celebrated a festive pontifical liturgy in the church of St. Athanasius the Apostolic in Rome. The ten Metropolitans, Bishops, and the Priests accompanying the delegation, all served in the liturgy. Members of the Roman Papal delegation, the Copts who accompanied the Delegation, and those who lived in Rome, newspaper and news agency reporters, and many foreign dignitaries attended the liturgy.


The Alexandrian Papal delegation carrying the holy relics, on Monday the 24th of June, 1968 A.D., went to the airport in an official procession, preceded by the motorcycles and police escort. They boarded a plane which came especially from Cairo. The plane arrived at Cairo airport at ten thirty P.M. of the same day.

Awaiting the arrival of the relics were, Pope Kyrillos the Sixth, Mari Ignatius Yacoub, the Antioch Patriarch for the Syrian Orthodox, a great number of Coptic and foreign bishops, the head of various denominations and religions, Egyptian and foreign, and thousands of the Egyptian masses, Christian and Muslims. They sang and chanted enjoyable religious songs, waiting for the arrival of the plane.

When the plane landed, H.H. Pope Kyrillos went up the stairs of the aircraft, and received the precious box that contained the relics of St. Mark the Apostle, from the head of the delegation. Many, and especially those who were in the balcony of the airport, at this particular moment, saw three white doves flying over the aircraft. Since pigeons do not fly during the night, these were not ordinary pigeons.

Perhaps, it was the spirits of the saints welcoming the relics of the great St.Mark. It is worthy to note also that the plane was suppose to arrive at five o'clock but it was delayed for no apparent reason till it was dark. Perhaps also, it was just for the spectators to witness and see these flying doves.

The Pope disembarked the aircraft carrying the box on his shoulder in the middle of the chanting and singing of the deacons, followed by a tremendous procession of thousands chanting with the deacons in joy and jubilation.

The head of the Roman Papal delegation, Cardinal Doval, Cardinal of Algeria, was amazed by this tremendous religious rally. He also expressed that he was deeply touched by the devoutness of the Copts and their great honor and veneration for St. Mark. He said that what he saw far exceeded his expectations, especially that the masses had to wait from five o'clock P.M., the expected time of arrival of the aircraft, till ten thirty or even later.

Pope Kyrillos returned to the old St. Mark Cathedral in El-Azbakiah with the box of the relics. He placed the box on top of the main altar which was consecrated in the name of St. Mark the Apostle. The box remained there till the third day of its arrival, then the Pope carried it to the new St. Mark Cathedral in its inauguration.


May the blessings of St. Mark be with us all. Amen.