3 - HUMILITY IN THE LIFE OF JESUS 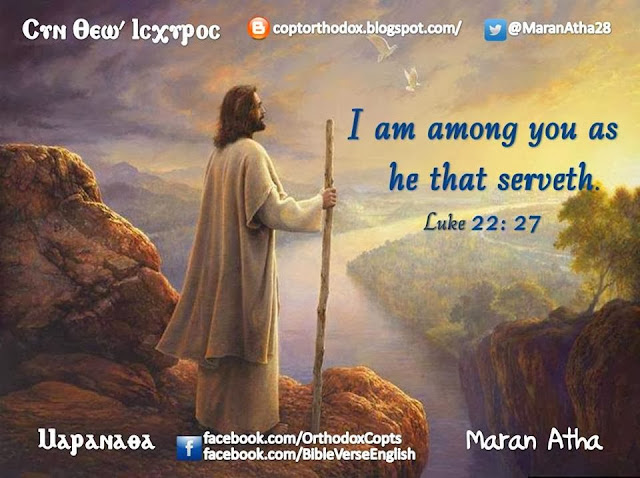 In the Gospel of John we have the inner life of our Lord laid open to us. Jesus speaks frequently of His relationship to the Father, of the motives by which He is guided, of His consciousness of the power and spirit in which He acts. Though the word humble does not occur, we shall nowhere in Scripture see so clearly wherein His humility consisted.

We have already said that this grace is in truth nothing but that simple consent of the creature to let God be all, to surrenders himself to God's working alone. In Jesus we shall see how both as the Son of God in heaven, and as man upon earth, He took the place of entire subordination, and gave God the honor and the glory which is due to Him- And what He taught so often was made true to Himself: "He that humbleth himself shall be exalted." (Luke 18:14) As it is written, "He humbled himself …. therefore God also hath highly exalted him."   (Phil. 2:8-9)

In His teaching, Christ said, "I am nothing; the Father is all."

These words open to us the deepest roots of Christ's life and work. They tell us how it was that the Almighty God was able to work His mighty redemptive work through Him. They show what Christ counted the state of heart which became Him as the Son of the Father. They teach us what the essential nature and life is of that redemption which Christ accomplished and now communicates.

Christ found this life of entire self-renunciation, of absolute submission and dependence upon the Father's will, Christ found to be one of perfect peace and joy. He lost nothing by giving all to God. God honored His trust, and did all for Him, and then exalted Him to His own right hand in glory. And because Christ had thus humbled Himself before God, and God was ever before Him, He found it possible to humble Himself before men too, and to be the Servant of all. His humility was simply the surrender of Himself to God, to allow the Father to do in Him what He pleased, no matter what men around might say of Him, or do to Him.

It is in this state of mind, in this spirit and disposition, that the redemption of Christ has its virtue and effectiveness. It is to bring us to this disposition that we are made partakers of Christ. This is the true self-denial to which our Saviour calls us, the acknowledgment that self has nothing good in it, except as an empty vessel which God must fill, and that its claim to be or do anything may not for a moment be allowed. It is in this, above and before everything, in which the conformity to Jesus consists. It is the being and doing nothing of ourselves, that God may be all.

Here we have the root and nature of true humility. It is because this is not understood or sought after, that our humility is so superficial and so feeble. We must learn of Jesus, how He is "meek and lowly of heart." (Matt. 11;29)  He teaches us where true humility takes its rise and finds its strength-in the knowledge that it is God "which worketh all in all" (1Cor. 12:6),  that our place is to yield to Him in perfect resignation and dependence, in full consent to be and to do nothing of ourselves. This is the life Christ came to reveal and to impart -a life in God that comes through death to sin and self.

If we feel that this life is too high for us and beyond our reach must, even more urge us to seek it in Him; it is the indwelling Christ who will live in us this life, meek and lowly. If we long for this, let us, meantime, above everything, seek the holy secret of the knowledge of the nature of God, as He every moment works all in all; the secret, of which all nature and every creature, and above all, every child of God, is to be the witness,-that it is nothing but a vessel, a channel, through which the living God can manifest the riches of His wisdom, power, and goodness. The root of all virtue and grace, of all faith and acceptable worship, is that we know that we have nothing but what we receive, and bow in deepest humility to wait upon God for it.

Jesus considered Himself the servant for the men God loves.

It was because this humility was not only a temporary sentiment, awakened and brought into exercise whenever He thought of God, but the very spirit of His whole life, Jesus was just as humble in His fellowship with men as with the Father. He considered Himself to be the Servant of God for the men whom God made and loved; as a natural consequence, He considered Himself the Servant of men, that through Him God might do His work of love. He never for a moment thought of seeking His own honor, or asserting His power to vindicate Himself. His whole spirit was that of a life yielded to God to work in. It is not until Christians study the humility of Jesus as the very essence of His redemption, as the very blessedness of the life of the Son of God, as the only true relationship to the Father, and therefore as that which Jesus must give us if we are to have any part with Him, that the terrible lack of actual, heavenly, manifest humility will become a burden and a sorrow. Our ordinary religion be set aside to secure this, the first and the chief of the marks of the Christ within us.

Brother, are you clothed with humility?  Look closely at your daily life. Ask Jesus. Ask your friends. Ask the world. And begin to praise God that there is opened up to you in Jesus a heavenly humility of which you have hardly known, and through which a heavenly blessedness you possibly have never yet tasted can come in to you.
Humility - Andrew Murray