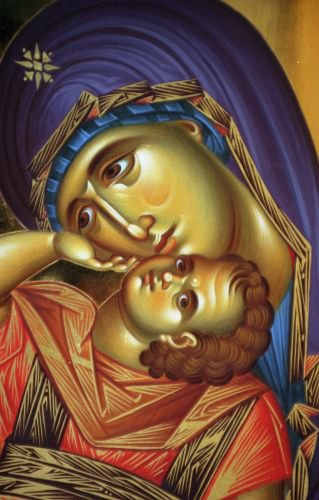 'The virgin soul that desires to be united to God must keep itself pure not only from overt sins like unchastity, murder, theft, gluttony, backbiting, falsity, avarice, greed and so on; but to an even greater degree it must keep itself pure from sins that are hidden, such as desire, self-esteem, love of popularity, hypocrisy, love of power, wiliness, malice, hatred, unbelief, envy, self-love, affectation and other things of this kind.

According to Scripture, these concealed sins of the soul are just as pernicious as the overt sins. "The Lord has scattered the bones of those who seek to please men", it says (Ps. 53:5); and: "The Lord will abhor the bloody and deceitful man" (Ps. 5:6), thus making it clear that deceitfulness is just as abhorrent to God as murder.
Again, it numbers among the "workers of iniquity" those who "speak peace to their neighbor but have evil in their hearts" (Ps. 28: 3), and elsewhere it speaks of those who commit lawless acts in their hearts (Ps. 58:2).
It also says: "Woe to you, when men speak well of you" (Luke 6:26) - that is to say, when you want to hear people say good things about you and when you hang upon their glory and praise. It is true that those who do good cannot escape notice altogether.
Indeed, the Lord Himself says: "Let your light shine before men" (Matt. 5:16), though here it is understood that we do good for the glory of God and not for our own glory or because we desire men's praise.
If this is not the case, then we are lacking in faith, as the Lord makes clear when He says: "How can you have faith when you receive honor from one another, and do not seek the honor that comes from the only God?" (John 5:44).
St. Paul bids us to do everything, even to eat and to drink, for the glory of God; "for," he says, "whether you eat or drink, or do anything else, do it for the glory of God" (1 Cor. 10:31).
And St John equates hatred with murder when he says: "Whoever hates his brother is a murderer" (1 John 3:15).'
St. Symeon Metaphrastis