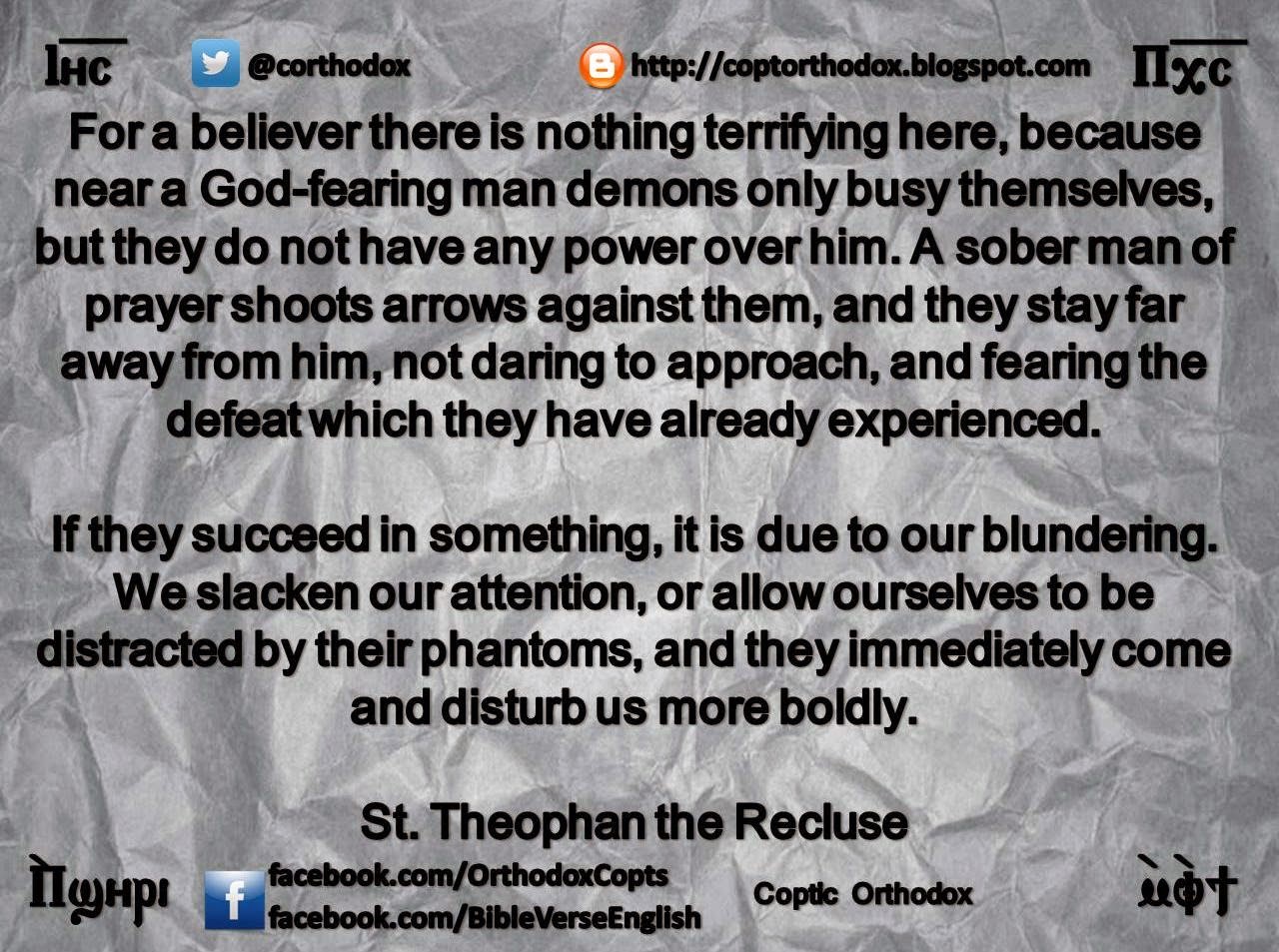 The devil approaches the God-man with temptations. Who among men is free of them?

He who goes according to the will of the evil one does not experience attacks, but is simply turned more and more toward evil. As soon as one begins to come to himself and intends to begin a new life according to God’s will, immediately the entire satanic realm enters into action: they hasten to scatter good thoughts and the intentions of the repentant one in any way they can.

If they do not succeed in suggesting evil they attempt to distort the truth; if they are repulsed inwardly they attack outwardly, and so on until the end of one’s life. They do not even let one die in peace; even after death they pursue the soul, until it escapes the aerial space where they hover and congregate.

You ask, “What should we do? It is hopeless and terrifying!”

For a believer there is nothing terrifying here, because near a God-fearing man demons only busy themselves, but they do not have any power over him. A sober man of prayer shoots arrows against them, and they stay far away from him, not daring to approach, and fearing the defeat which they have already experienced.

If they succeed in something, it is due to our blundering. We slacken our attention, or allow ourselves to be distracted by their phantoms, and they immediately come and disturb us more boldly.

If you do not come to your senses in time they will whirl you about; but if a soul does come to its senses they again recoil and spy from afar to see whether it is possible to approach again somehow.

So be sober, watch, and pray—and the enemies will do nothing to you.

Posted by Coptic Orthodox at 8:59 PM