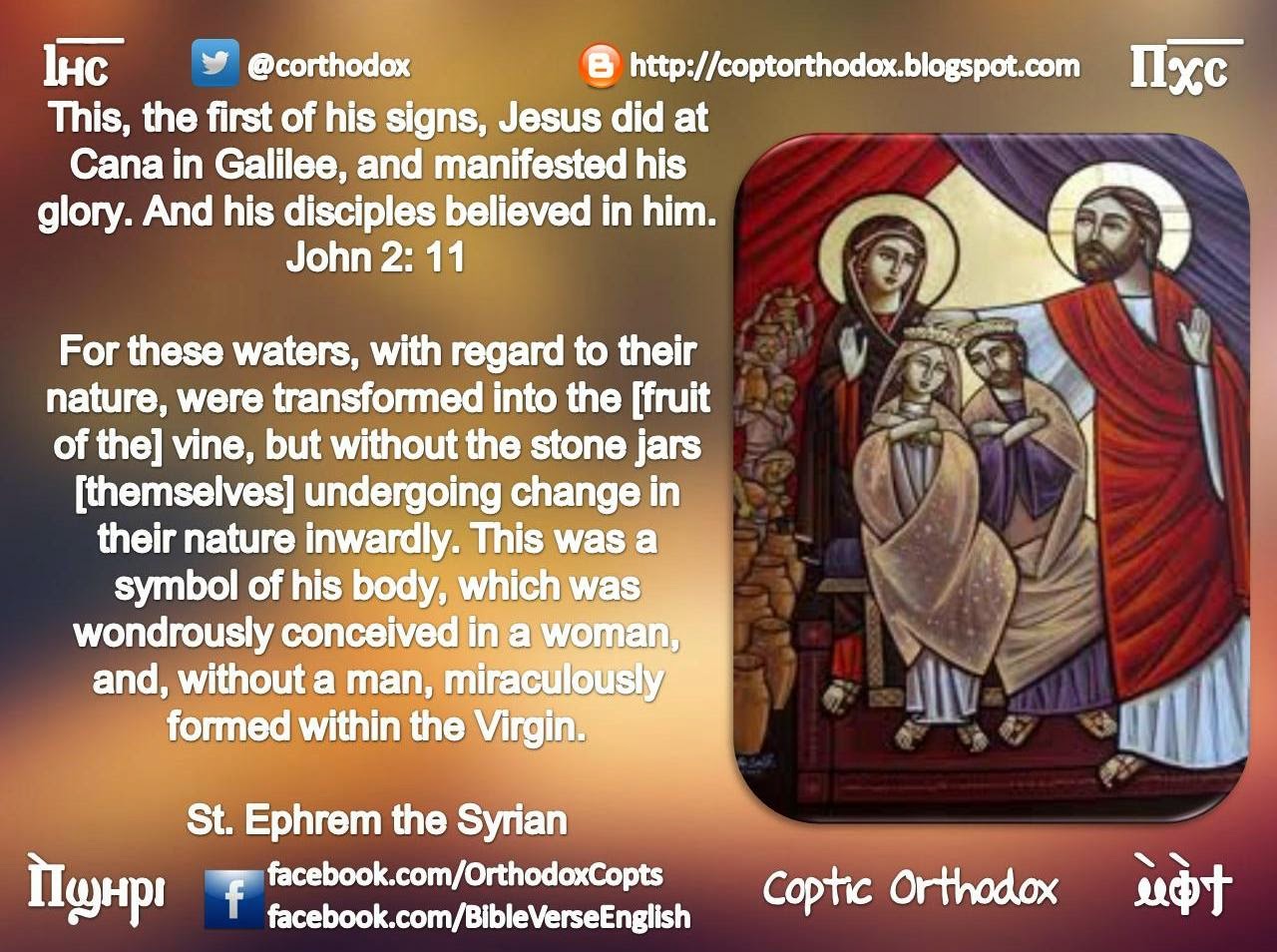 This, the first of his signs, Jesus did at Cana in Galilee, and manifested his glory. And his disciples believed in him.
John 2: 11

Why then did our Lord change the nature [of water] in the first of his signs? Was it not to show that the divinity, which had changed nature in the depths of the jars, was that same [divinity] that had changed nature in the womb of the Virgin? At the completion of his signs he opened the tomb to show that the greed of death had no hold over him. He sealed and confirmed these two uncertainties, that of his birth and of his death. For these waters, with regard to their nature, were transformed into the [fruit of the] vine, but without the stone jars [themselves] undergoing change in their nature inwardly. This was a symbol of his body, which was wondrously conceived in a woman, and, without a man, miraculously formed within the Virgin.

He made wine from water, therefore, in order to give proof concerning how his conception and his birth took place. He summoned "six water jars" as witness to the unique virgin who had given birth to him. The water jars conceived in a novel way, not in keeping with their custom, and gave birth to wine. But they did not continue to give birth. Similarly the Virgin conceived and gave birth to Emmanuel, and she did not give birth again. The giving birth by the jars was from smallness to greatness and from paucity to abundance; from water indeed to good wine. In her case, however, it was from greatness to weakness and from glory to ignominy. Those jars were for the purification of the Jews, but our Lord poured his teaching into them, so that he might make it known that he was coming through the path of the Law and the Prophets to transform all things by his teaching, just as he had [transformed] water into wine.

Posted by Coptic Societies at 6:04 AM