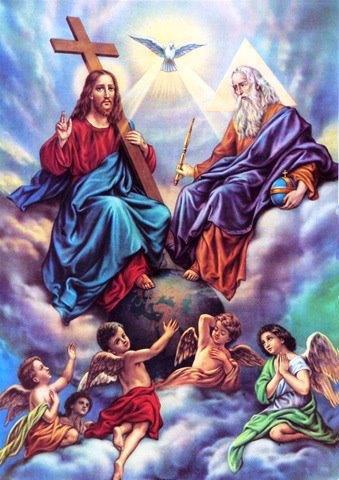 By the Ascension of the Lord, we mean His bodily Ascension.

Because in His divinity, He is everywhere, He does not ascend nor descend.  Therefore, in the Liturgy of St. Gregory we say "And You ascended into the heavens in the body…."  This ascension is evidence that His Glorified Body is not subject to the earth's gravitational laws.  It is also evidence of His Divinity.  He ascended before His disciples as they were looking.  This scene strengthened their faith because the Lord not only resurrected using His Divine Power, but He also ascended into heaven in front of them.

In His Ascension to Heaven, He did not leave His Church alone on Earth.

He told them before His ascension "I am with you always, even to the end of the age." Matthew 28:20
Christ stayed with the church, and they did not feel His material presence only, but also His spiritual presence … He appeared to St. Paul the Apostle more than once. He also appeared to St. John the disciple on the Island of Patmos and gave him letters to the Seven Churches.

By His Ascension, He Sat on the Right Hand of His Father.

His Ascension to Heaven, and sitting on the right hand of the Father, all that means the end of the statement "Made Himself of no reputation." Philippians  2:7

Moreover, The Ascension of the Lord Christ to Heaven makes us direct our sights to Heaven where He is and where He was before His incarnation.

The statement "To Heaven" means to the highest.   So our sights rise up there when we pray. And so do the Church Towers, they aim for Heaven.