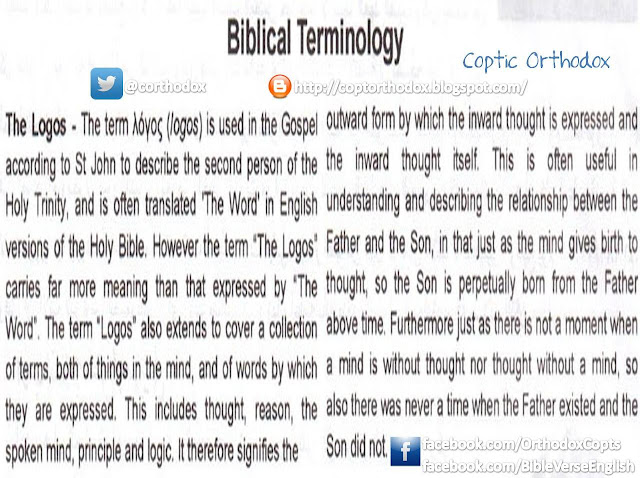 The term λόγος (logos) is used in the Gospel according to St John to describe the second person of the Holy Trinity, and is often translated The Word in English versions of the Holy Bible. However the term The Logos carries far more meaning than that expressed by The Word. The term Logos also extends to cover a collection of terms, both of things in the mind, and of words by which they are expressed. This includes thought, reason, the spoken mind, principle and logic. It therefore signifies the outward from by which the inward thought is expressed and the inward thought itself. This is often useful in understanding and describing the relationship between the Father and the son, in that just as the mind gives birth to thought, so the Son is perpetually born from the Father above time. Furthermore just as there is not a moment when a mind is without thought nor thought without a mind, so also there was never a time when the Father existed and the Son did not 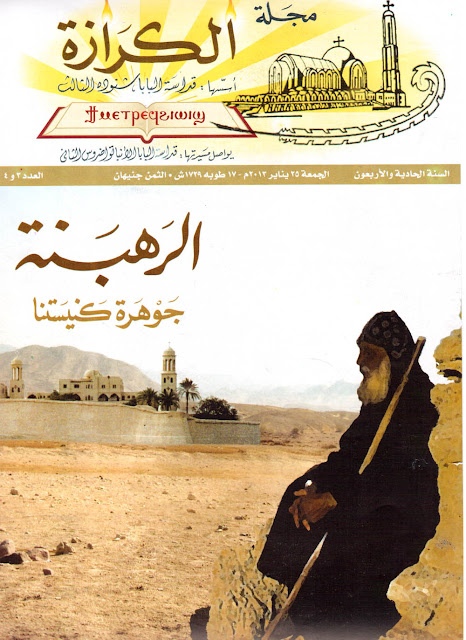 Touba Ⲧⲱⲃⲓ (Tobi, Toubah), is the fifth month of the Coptic calendar. Tobi is also the first month of the Season of 'Proyet' (Growth and Emergence) in Ancient Egypt, where the Nile floods recede and the crops start to grow throughout the land of Egypt.

The name of the month of Tobi comes from Amso Khem, a form of the Ancient Egyptian God Amun Ra

Posted by Coptic Societies at 11:24 PM